A Legacy of God’s Grace

As a church family, we are actively looking forward to the future of how best to serve God and be used by Him. But it’s hard to talk about where God is taking us without thanking Him for what He has done in the past. FBS actually started over 175 years ago as a church plant to share Jesus with the community of “Spartan”, which was a connecting town along the wagon trails to North Carolina, Charleston, SC, and Augusta, GA.

In 1839, twenty-five people got together to begin First Baptist Spartanburg. They wanted to minister to what was called the “wicked village” of Spartan (now Spartanburg). Spartan was a town whose purpose was mainly to cater to traveling tradesmen, and it consisted of many taverns called “entertainment houses,” a courthouse, and a jailhouse. When the area eventually became a central hub for trade, many would travel from all across the county in heat or cold, regardless of planting, plowing or harvesting, to buy and sell wares, livestock, and land. Eventually, local professing Christians saw the darkness in this growing place of public interest, and began to share about Jesus from door to door, from stands in the woods, or from spreading oaks on the roadside. After becoming aware that there was no house of worship in the village, a 20-year-old man named John Gill Landrum (newly pastor to two churches in nearby towns) began preaching the Gospel from the judge’s stand at the courthouse. The powerful message of conviction and hope Landrum preached so astonished the hearers that soon the courthouse could no longer hold the congregations who came to listen. Soon, a group of twenty-five local professing Christians decided to become the charter members of a church fellowship in the village, and they called upon John Landrum to be their pastor. The first church was on one end of the parking lot of the current county courthouse and the fellowship was called The Baptist Church of Christ at Spartanburg. Over 175 years later, our church’s goal is to spread the good news of Jesus in Spartanburg and all around the world.

Years later the growing fellowship began looking for a second house of worship. Mr. Dean offered to give some land at the corner of Main and Dean Streets (our current location) but the members felt that it was too far out of town. They instead moved into the second building on North Church Street in 1856.

The Ladies’ Aid Society appeared first in the church records in 1884. This group used their entire collection of $22.55 on things for the church – carpeting, baptismal robes, furnishing for the parsonage and more. Later in 1923, they sold vanilla flavoring to pay to clean the carpet, wax the floors, and purchase a clock for the janitor.

We moved into our third house of worship in 1904. On November 13, 1962, that building burned to the ground. Exactly four years later, on November 13, 1966, the congregation worshipped for the first time in our present sanctuary.

The first missionary sent out on behalf of FBS was Rev. H.M. Harris in 1919.

The bell mounted in the front courtyard by the chapel is the same bell used to summon scattered worshippers in the early days of the church.

The first time FBS needed to have two worship services was in 1857.

On February 23, 1930, the 90th anniversary of FBS, we became the first in Spartanburg to broadcast worship on WSPA.

FBS has reached out with community events and introduced hundreds to Jesus Christ. Those events include worship at the Beacon in the 1970’s, the Passion of Christ in the 1980’s, Impact ’97, the Main Event crossing the millenium, Don’t Miss the Point – Impact 2000, and Impact at Barnet Park 2005, as well as outreach events like our yearly Feed The Community, Fall Festival, Back to School Bash, and more! Whether you're brand new to FBS or you grew up in this church body, there is something exciting and inspiring to learn about what God has done in our city over the past 180 years and what He continues to do as we look forward to the future. I Love To Tell The Story is a collection of stories, facts, images, testimonies, and historical context organized in a loosely chronological manner to paint a picture of First Baptist Spartanburg from 1839 to today. Available online for a donation of $40 (shipping included) or more. Pick up your copy on campus for a donation of $30 or more. 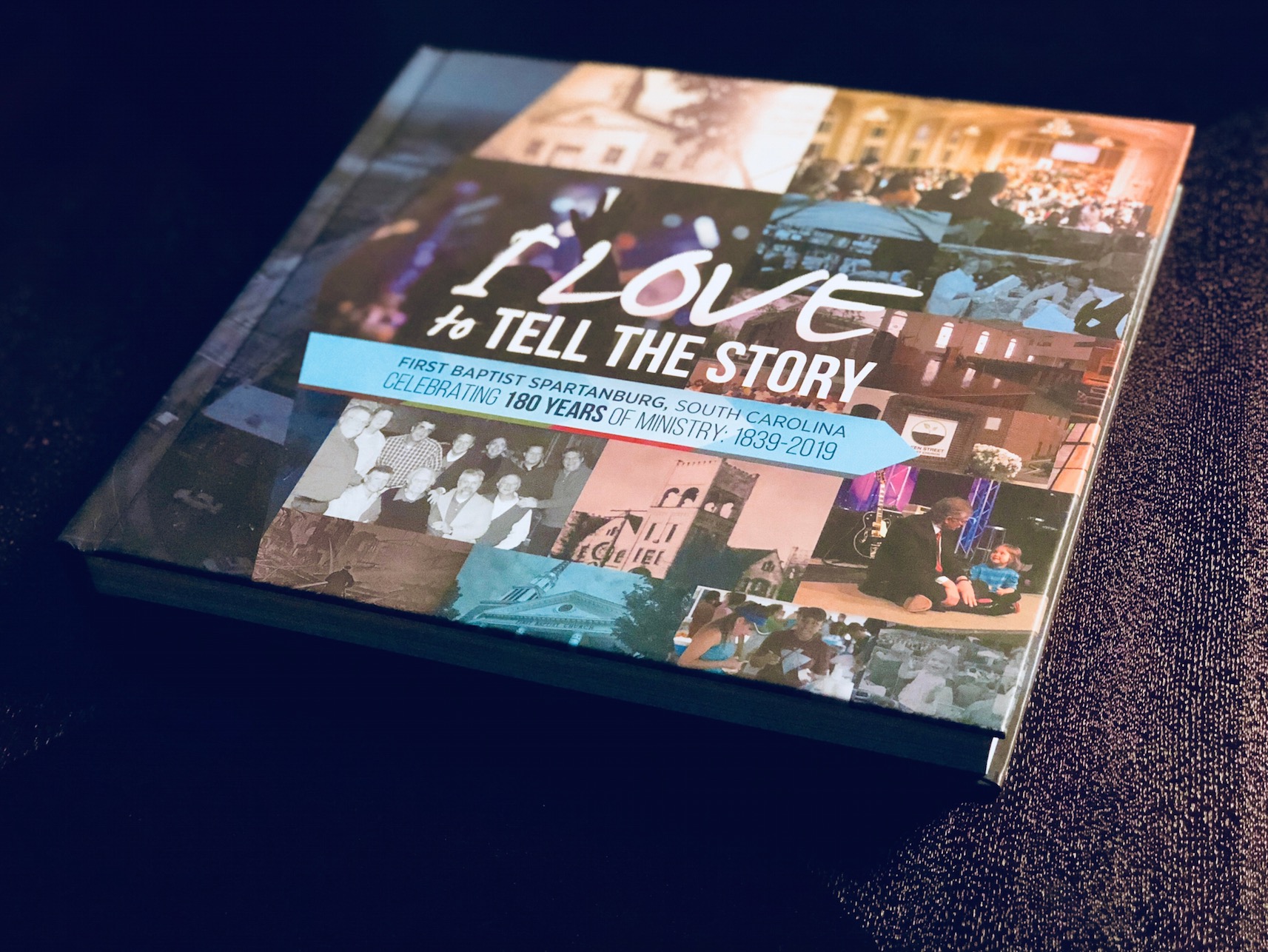 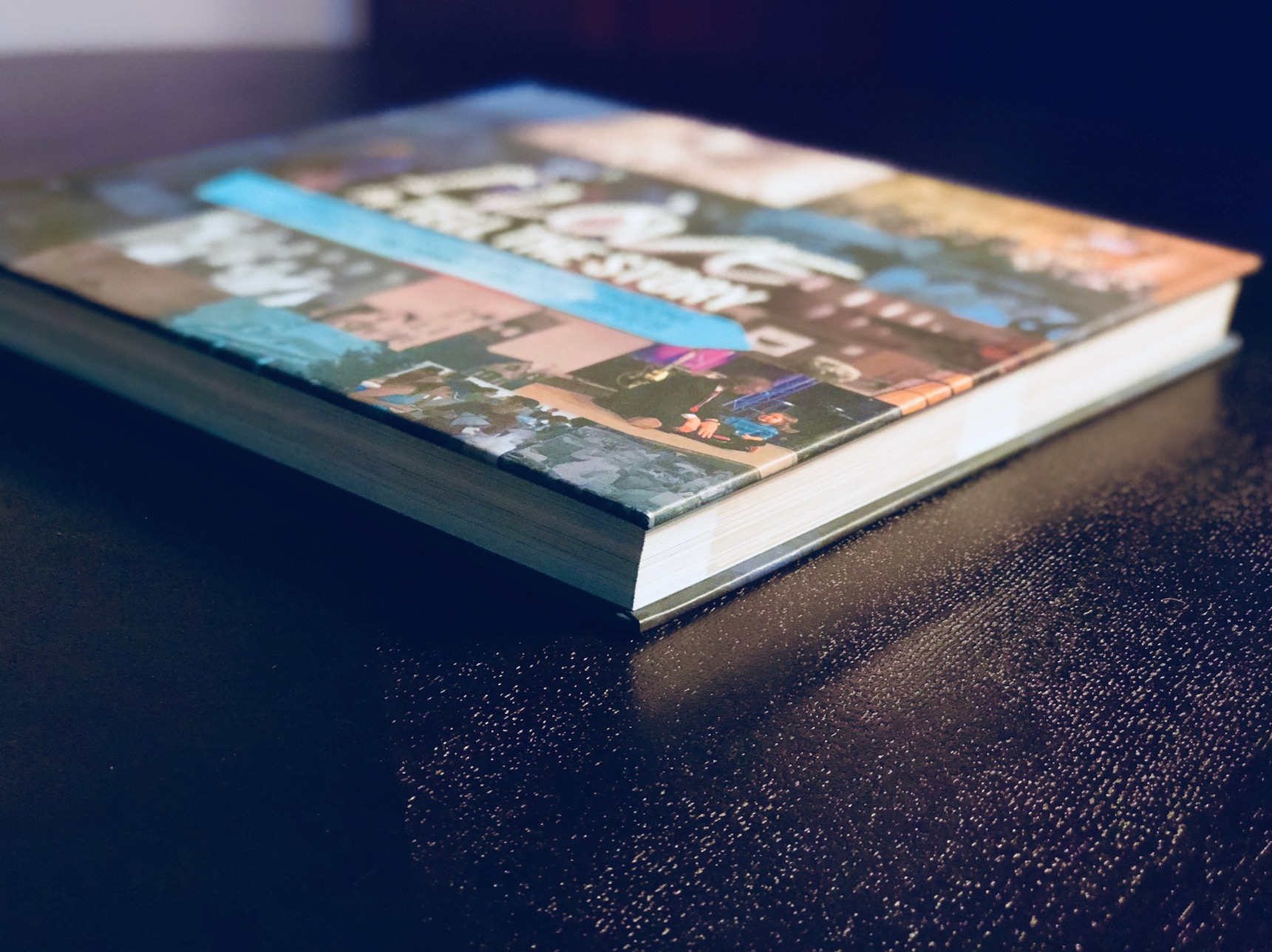 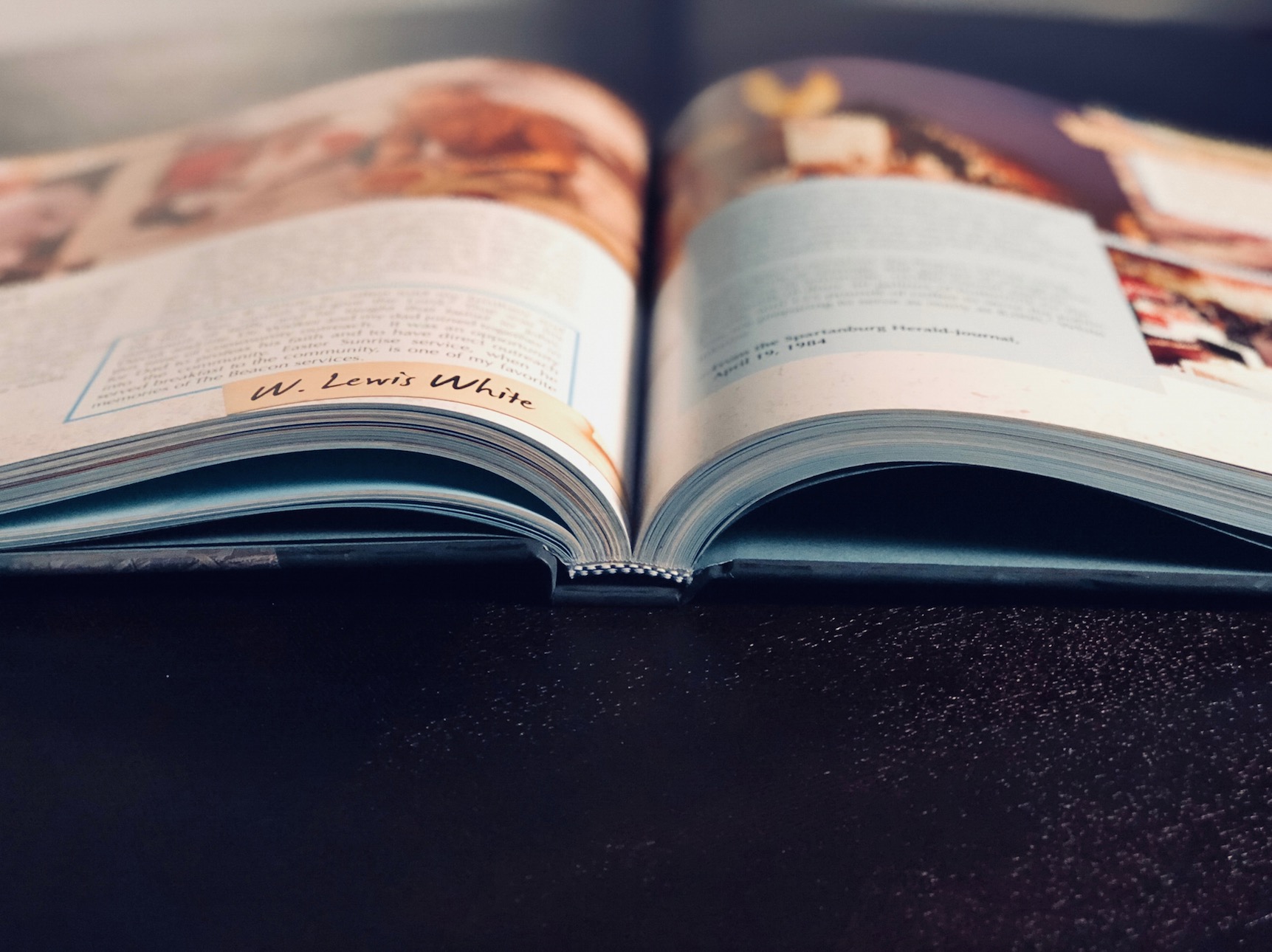 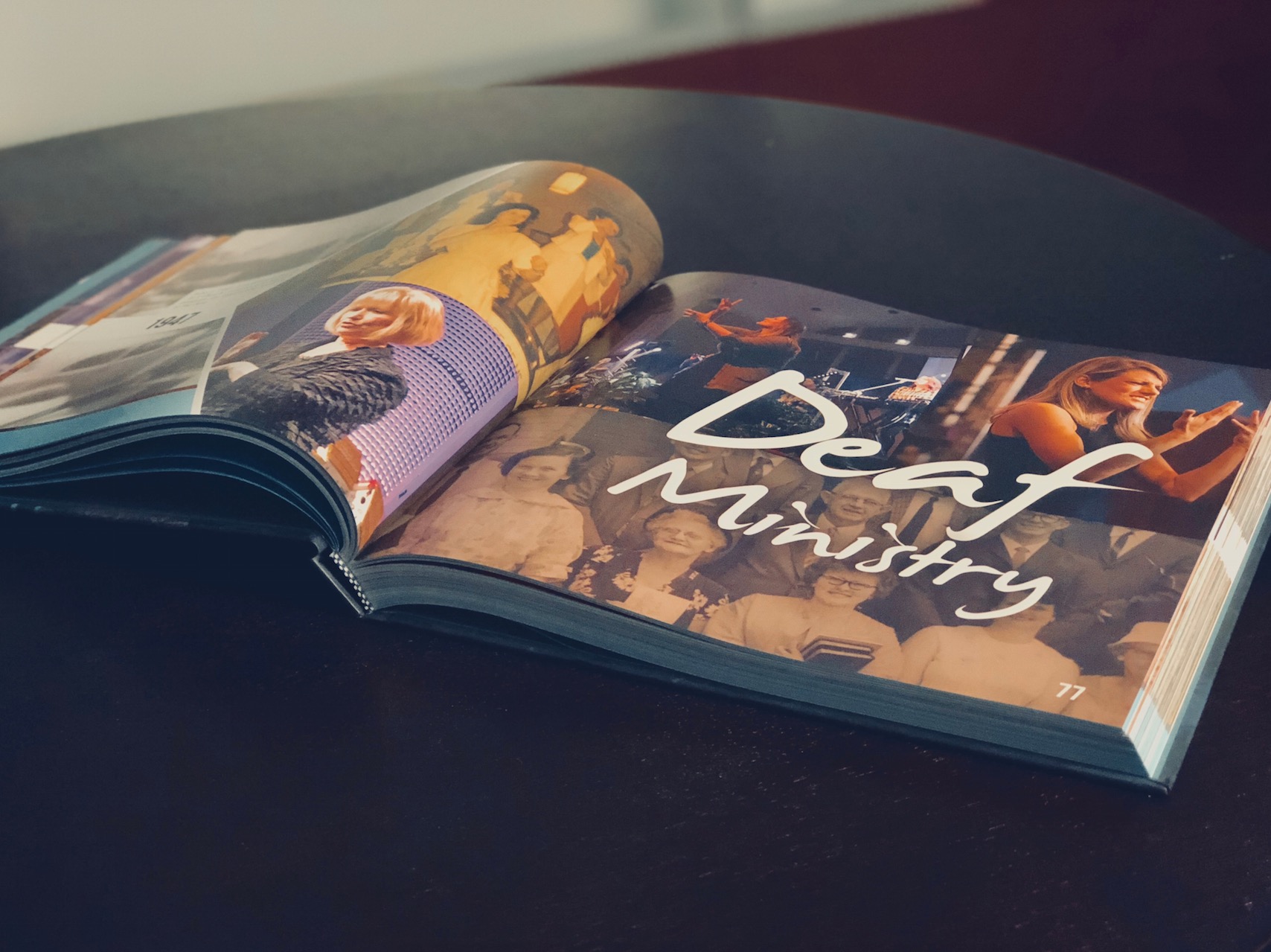 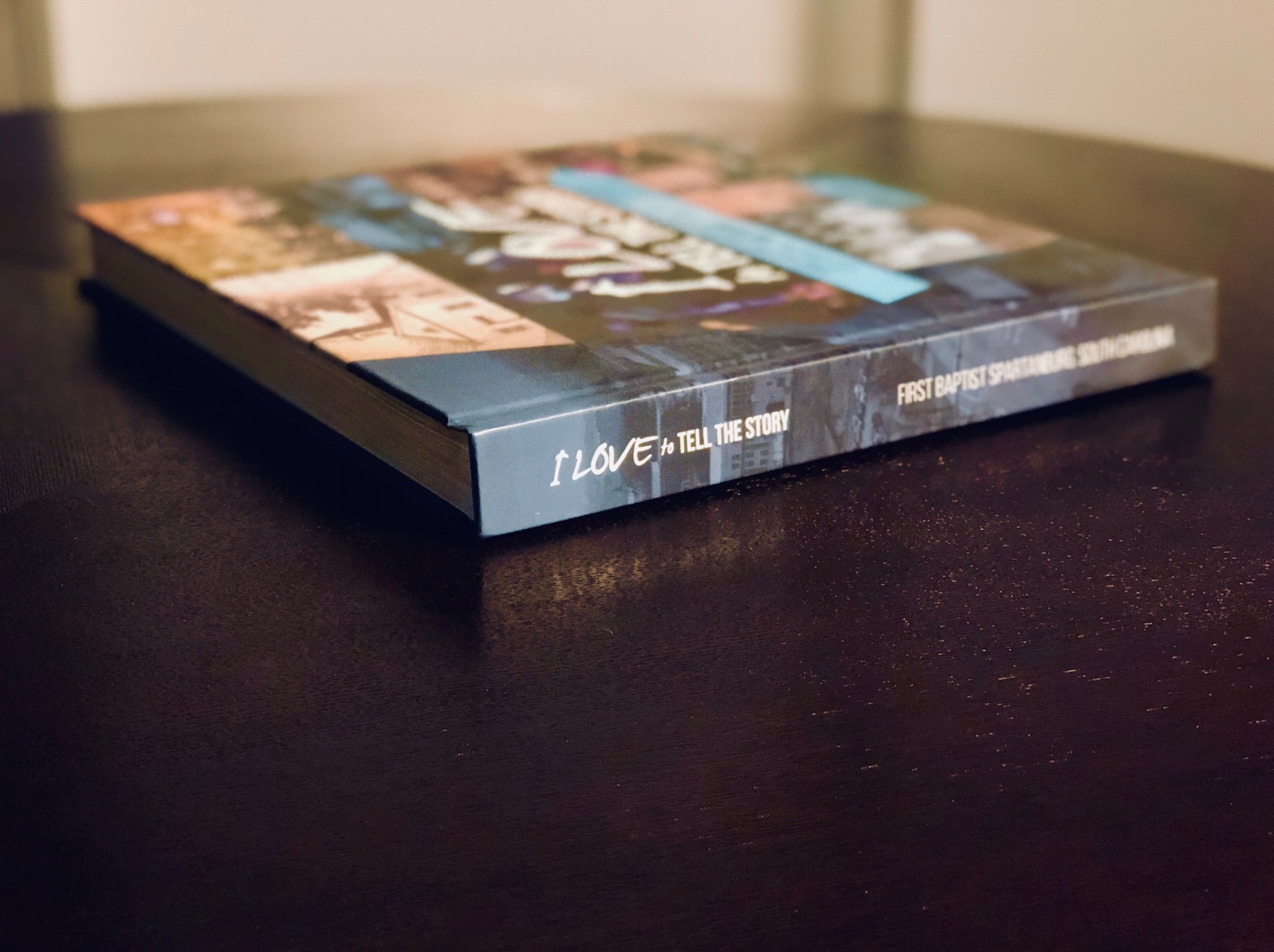 The History Book is filled with facts and information you might not know. Did you know: