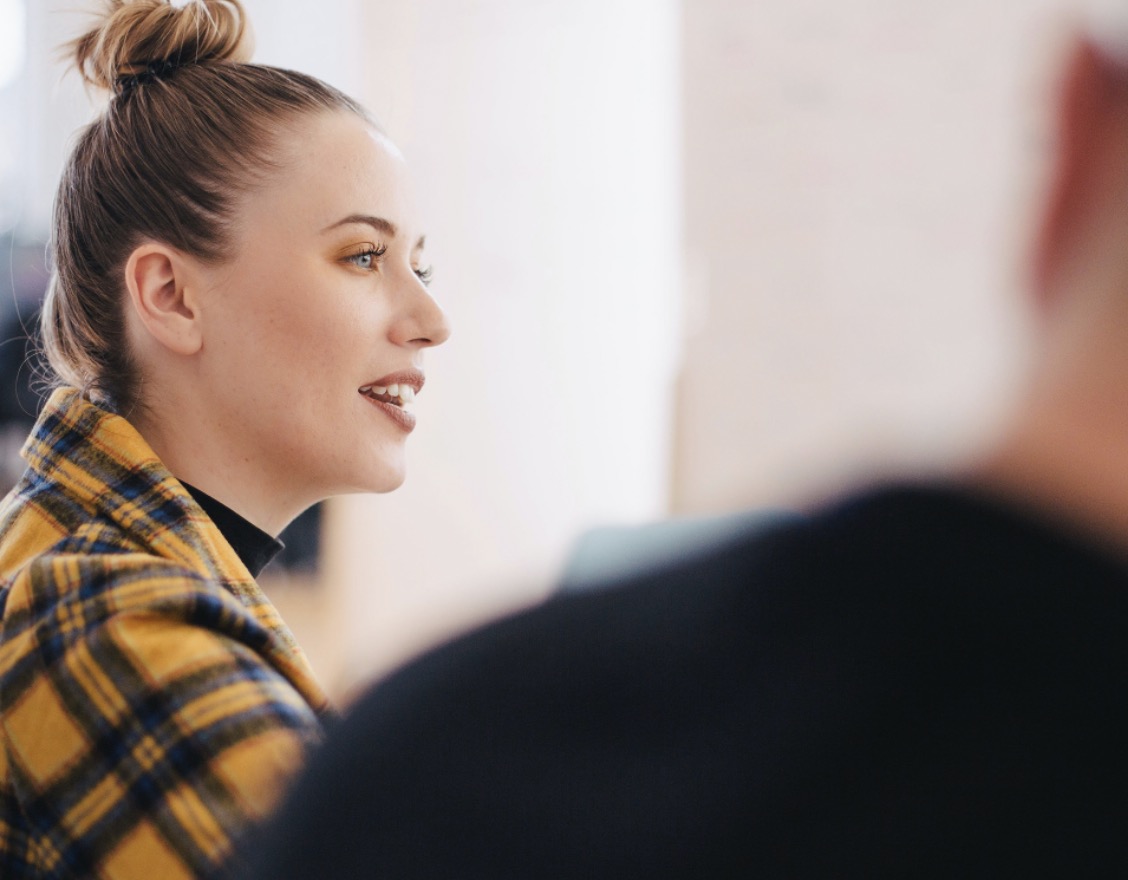 Removing The Stigma of Counseling

A Biblical and Holistic Approach

There are times that we all seek ways to overcome an unprecedented mindset of thinking and emotions that can be fearful, lonely, painful, frustrating, and sometimes very dark. It does not mean there is a crisis, but it does mean that denial and neglect can create one.

Christian author and apologist C. S. Lewis stated, “Mental pain is less dramatic than physical pain, but it is more common and also more difficult to bear. The frequent attempt to conceal mental pain increases the burden: it is easier to say ‘My tooth is aching’ than to say ‘My heart is broken’.”[1]  It is unfortunate that accompanying these unwanted circumstances is an undeserved stigma.

Our English word “stigma” comes from the Greek “stizein,” meaning “to tattoo.” It carries the thought of being identified by a mark or a brand. Often “stigma” refers to a set of negative and often unfair assumptions that people have about something. [2]

Often “stigma” refers to a set of negative and often unfair assumptions that people have about something.

The Bible in a positive use, records that the Apostle Paul refers to “stigmata,” the plural form of stigma. “From now on let no one trouble me, for I bear in my body the marks of the Lord Jesus.” (Gal. 6:17). Paul says that he bears “stigmata” the marks of Christ as a result of love and commitment to Him.[3] Jesus bore the marks of “stigmata” during His crucifixion.

Could it be that our enemy, the “deceiver” the one that seeks to destroy and kill, understands that “soul pain” is a game changer in one’s life, because the soul is life. The (psyche) soul is ones connection to God. So what does the devil do, he attempts to shame those that acknowledge and seek help with their “soul pain.”

As followers of Christ, how can we be intentional at removing the stigma of addressing “soul pain?” Let’s begin by courageously looking up and asking God to help us look within our own souls. Is their denial, bitterness, defeat or fear? Do I value myself by being a good steward of what God has created in His own image? Am I allowing or empowering others to define me? Do I really believe and live as though God loves me? What am I trying to forget that God hasn’t?

Why is it that in many instances we think it is a sign of weakness or a lack of spirituality to express or acknowledge emotions?  Did Jesus weep? Yes. Did He ever show His emotions? Yes. God created us as emotional beings. The Apostle Paul describes how he felt and what he was thinking when he came to Corinth, “I was with you in weakness, in fear, and in much trembling” (I Cor. 2:3). Sometimes our emotions overwhelm us, this just reiterates that we are human. It means that we are like everyone else and that we need to allow God to work through His Word, His ways, and His people to bless us. In this event, Paul in his emotional state continued on in the power of the cross. But he was willing to be transparent with the people. I think of the late British statesman, Sir Winston Churchill, the Prime Minister of the United Kingdom. He courageously led his country during the horrible days of World War II while in the midst of a personal war with depression, which he often referred to as his “black dog.”  It is also open knowledge that Abraham Lincoln leaned strongly on his faith as he dealt with his depression. We become strong when we acknowledge our weaknesses. When we move beyond the stigma, we learn that our emotions are a gauge, letting us know where we are, but they are not to be a guide in telling us how to respond. That is why God gave us a mind that is empowered by the Holy Spirit.

And then let’s look out by engaging in open conversation about the correlation of spiritual and emotional health. The Bible engages this topic and offers the opportunity for many open conversations. King David, a man after God’s own heart is repeatedly addressing his emotions, his ups and downs of life. But do not be deceived, he was a man who stood up to the task before him. I would not like to have been the one that mocked or belittled him because he was inwardly connected. That could have been hazardous to my health. Think of Elijah, Nehemiah, Abraham and the list goes on. These and anyone we read about in the Scriptures were people just like you and me.

We can also remove the stigma by looking around through observation and listening.

The late author and Christian educator Howard Hendricks hit the nail on the head, “You can impress from a distance, but you can only impact up close.”[4] Be sensitive to others, listen to them. Pay attention to mannerisms, the way they carry themselves. Is their indecisiveness, what are they talking about, is there a noticeable loss of interest, are they prioritizing isolation, how long have they displayed unusual behavior? The Spirit of God will give you discernment. He will also give you words of encouragement, affirmation, and guidance for others. 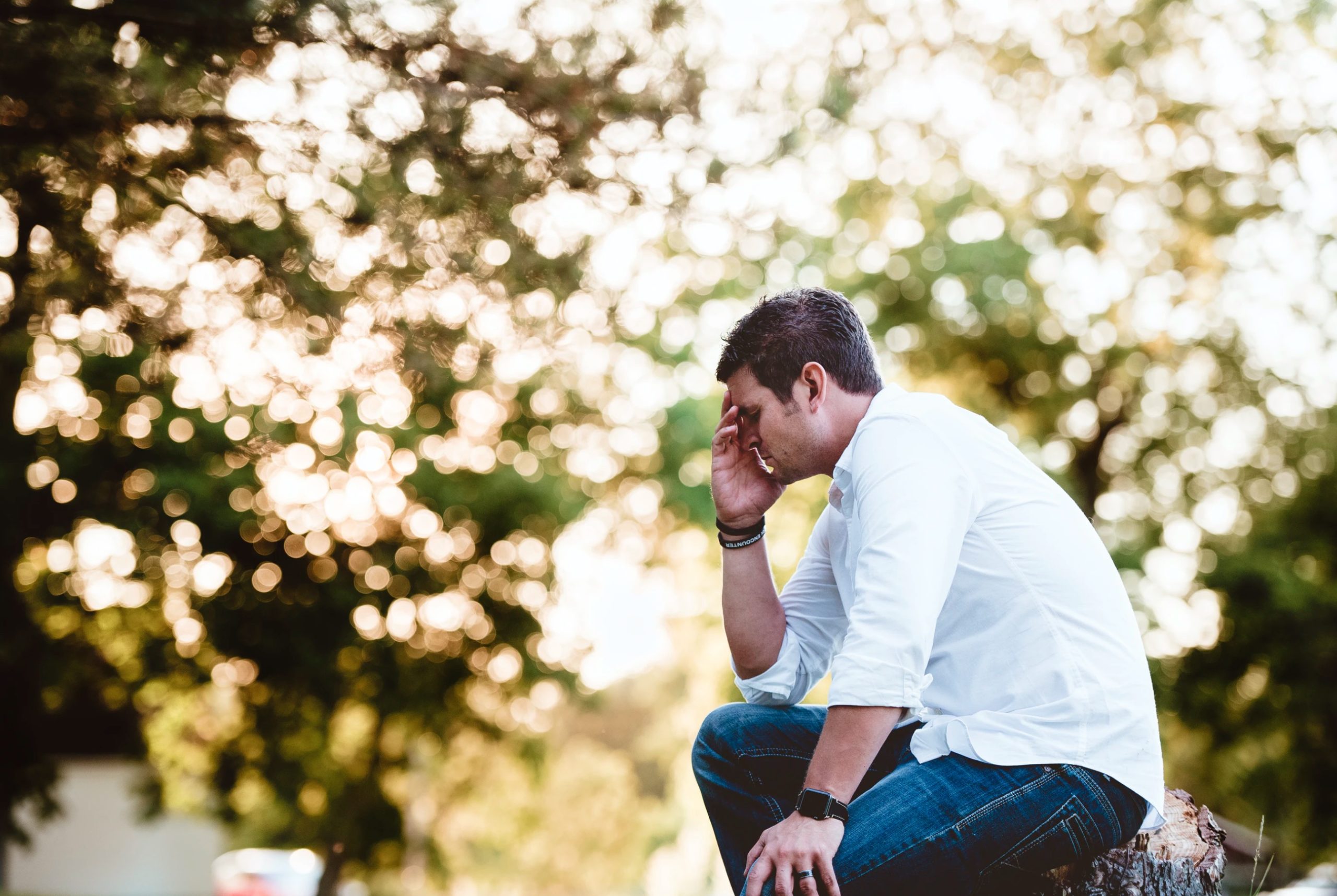 The church addressed emotional health issues and the behavior of man long before the term “psychology” became known.

The church addressed emotional health issues and the behavior of man long before the term “psychology” became known. According to Christian psychologist David Entwistle, what is now called counseling, was the mission of the church long before modern psychotherapy came on the scene.[5] In medieval times, Christian theologians and thinkers often focused on matters such as the structure of the soul, knowledge, and spiritual development. [6] Reformation and Puritan believers knew that intimacy with God began with one inviting the Holy Spirit to search their soul, and mind. This included the likes of Martin Luther, John Bunyan, Johnathan Edwards, and a little later in history, Charles Spurgeon and others. Theirs was a time that clergy were referred to as “physicians of the soul.” This brings me to my final thought on addressing the stigma.

Ministering To The Whole Person

The stigma of counseling can be addressed with a biblical holistic approach to ministry, which is ministering to the whole person. “Now we exhort you, brethren, warn those who are unruly, comfort the fainthearted, uphold the weak, be patient with all.  See that no one renders evil for evil to anyone, but always pursue what is good both for yourselves and for all” (I Thess.5:14-15 NKJV). A holistic ministry approach is addressing ones relationship with Christ, ones relationship with themselves and others. As noted in the previous Scripture, the Apostle Paul clarifies that everyone is worthy of care by godly people. He is even the more intentional in the following verses, 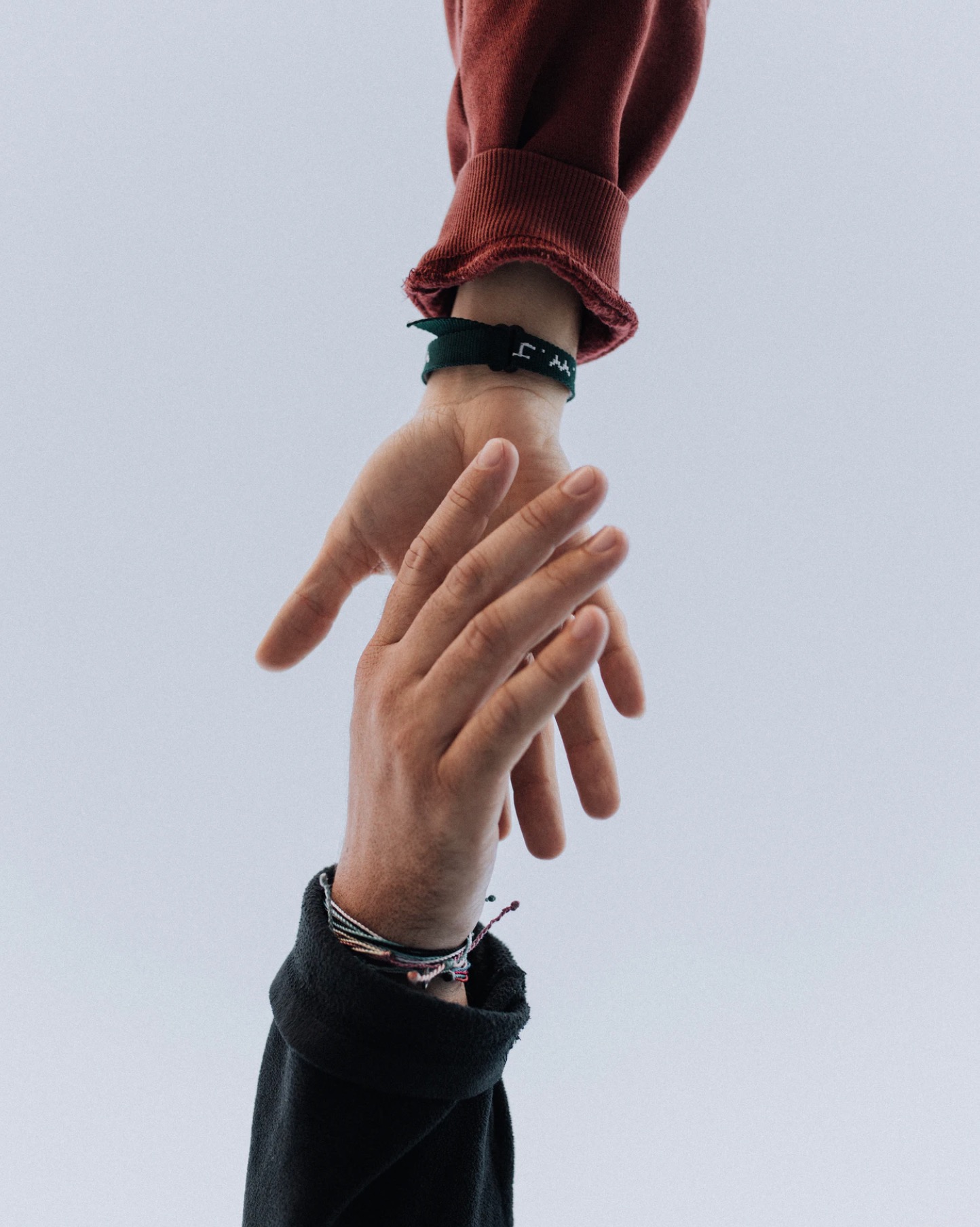 Paul understood that people experience various walks of life, and they have the mindset perspective to match. He is not willing to label (stigmatize) them, he says that he will meet them where they are. He said that he was committed to stepping out of his world into theirs. Just as this is an evangelistic truth, it is a holistic truth. Ministry is for the whole person.

But now indeed there are many members, yet one body.  And the eye cannot say to the hand, “I have no need of you”; nor again the head to the feet, “I have no need of you.” No, much rather, those members of the body which seem to be weaker are necessary. And those members of the body which we think to be less honorable, on these we bestow greater honor; and our unpresentable parts have greater modesty, but our presentable parts have no need.

. . . the Apostle Paul clarifies that everyone is worthy of care by godly people.

One Body, Many Battles

As believers, we are all members of the same body. Who is more important than another? Who is loved and valued by God over another? We are one body with our individual gifts and talents, but also with our own battles. If I am ok with being transparent with my gifts and talents, should I not be encouraged to feel safe in sharing with my brothers and sisters my difficulties?

At New Day Counseling we have had a wonderful response from our congregation and the public. The stigma stronghold seems to be weakening and we are thankful, but we still have a long ways to go. Please join with us in prayer as our growth continues. Pray that the Lord will send even more to our doors. Thank you for signing up to receive this monthly newsletter. It means a lot to us. New Day is here to serve as God leads. We are so blessed by our church leaders beginning with Dr. Wilton to have this great privilege, and to have such a designated spacious area of ministry. There have been many success stories and by God’s grace there will be many more. Let’s just keep working on breaking down the stigma barrier.

In summation, there are three basic truths that are stigma destroyers…

(a.) Seeking counsel is an act of courage, not weakness.

(b.) It is biblical, not shameful.

(c.) It is an investment in the totality of life. 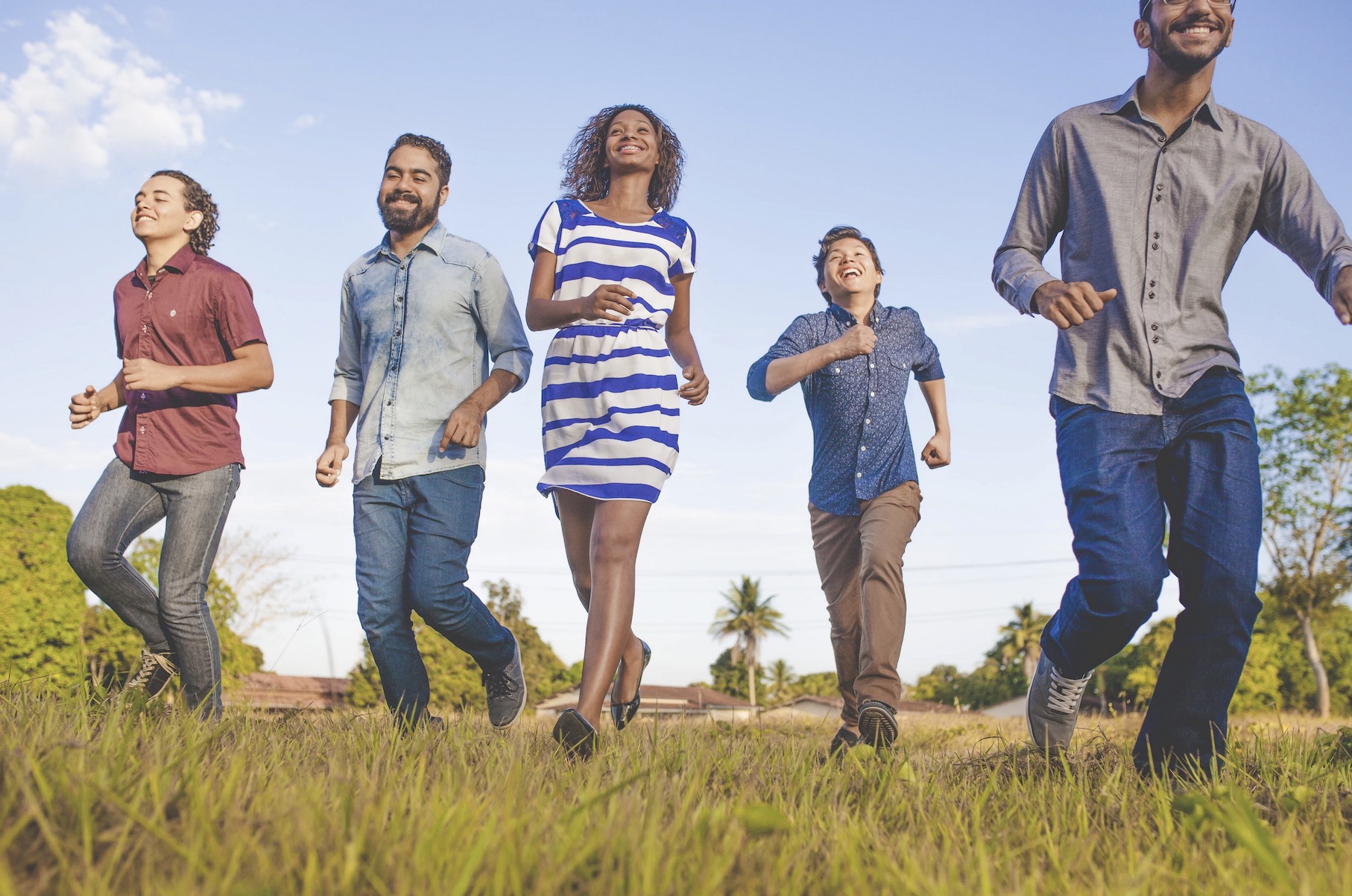 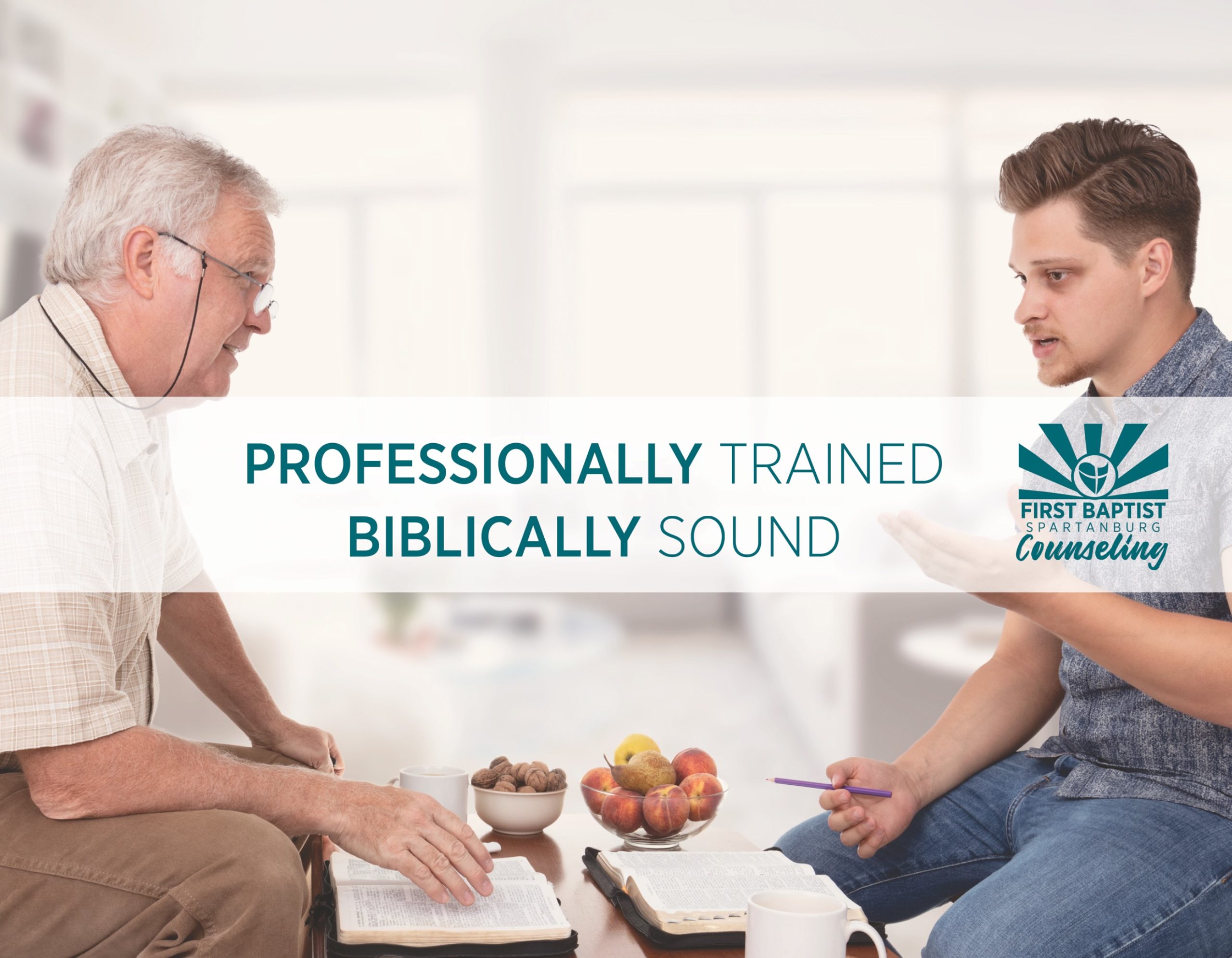